Multiple Superconducting Phases in UTe2: A Complex Analogy to Superfluid Phases of 3He

In quantum liquids, large differences are observed owing to differences in quantum statistics. The physical properties of liquid 3He (Fermion) and 4He (Boson) are considerably different at low temperatures. After the discovery of superconductivity in electron (i.e., Fermion) systems, a similar pairing ordered state was expected for 3He. Remarkably, the observed ordered state of 3He was more surprising than expected, multiple superfluid phases in the T–P phase diagram. The origin of the multiple phases was attributed to ferromagnetic interactions in the p-wave symmetry state. 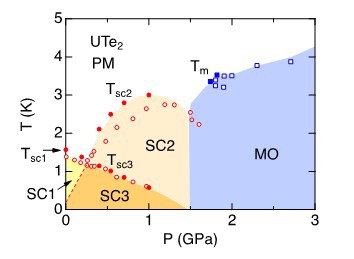 Fig. 1 T–P phase diagram of UTe2. The origin of the broken line has not been identified. Thus, multiple phases could not be confirmed at P = 0. Fourth superconducting phase (SC4) appears under field. MO is probably a magnetically ordered state.

However, in contrast to 3He, new features of UTe2 reflect the particularities of charged quantum liquids. The superconducting pairing appears to be sensitive to applied magnetic fields and pressures through a possible modification of the Fermi surface topology. In addition, competition between ferromagnetic and antiferromagnetic interactions could exist, which depend on the field and pressure. Theoretically, the importance of electron–electron correlations and spin–orbit coupling is emphasized.

Considering these aspects, UTe2 is a more complex system than the superfluid phases of 3He. Particularly, UTe2 may be the first topologically protected odd-parity superconductor, which is not only exciting in fundamental physics, but also useful for applications in quantum computing. This compound is a fascinating new exotic superconductor, perhaps with odd-parity pairing. 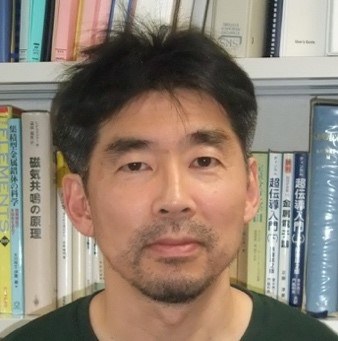 Shinsaku Kambe obtained his Doc. Eng. (1989) degree from the University of Tokyo. He became a research associate at the Faculty of Engineering (1989) and the Institute for Solid State Physics at the University of Tokyo (1989–1994). From 1994 to 2000, he was a researcher at CEA-Grenoble and the High Magnetic Field Laboratory of the Max-Planck Institute. Since 2000, he is a scientist at JAEA. He works on magnetism and superconductivity in strongly correlated electron systems, such as high Tc cuprates and heavy fermion compounds, using various experimental techniques: thermal and transport properties, NMR and mSR, and neutron scattering.