A method was developed to estimate the isotopic compositions of enriched 176Yb sample required for producing radionuclide 177Lu used for cancer therapy, with high radionuclide purity in accelerators. 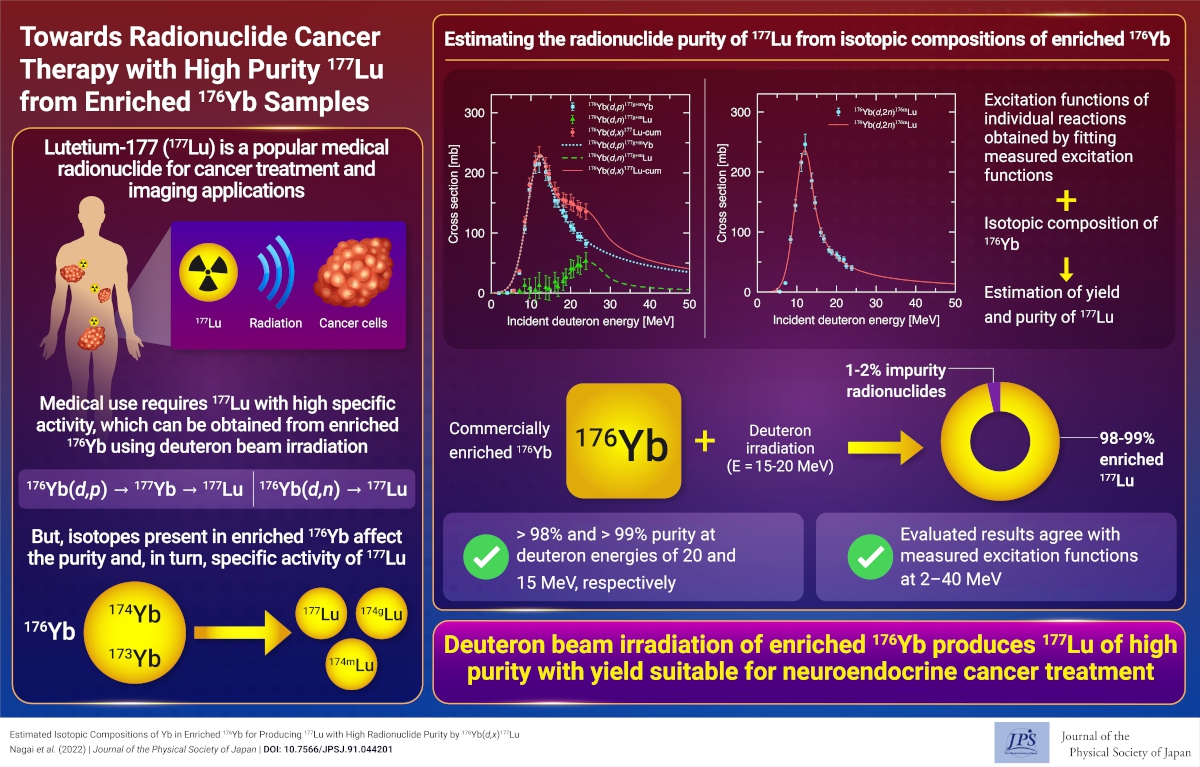 Radiopharmaceuticals labelled with radionuclides of high radionuclide purity in nuclear medicine that emit gamma-rays and beta-rays have been used for diagnosis imaging of diseases and therapy in cancer treatments, respectively. Internal radiation therapy is performed using radiation doses to kill cancer cells and shrink tumors. A personalized medicine treatment that combines diagnosis and therapy has become important for a patient, in which information about the patient’s genes is used. A personalized medicine treatment is performed using radionuclide pairs appropriate for both diagnosis and therapy in the same patients, requiring us to develop a variety of radionuclides.

Recently, significant interest has arisen in 177Lu, currently produced in reactors, owing to successful treatments in patients with neuroendocrine tumors, which appear everywhere in the body, using 177Lu-labelled radiopharmaceuticals; this success encourages further study of 177Lu production in accelerators toward widespread medical applications of 177Lu. Indeed, the excitation functions of the 176Yb(d,p)177Yb®177Lu and 176Yb(d,n)177Lu (hereafter 176Yb(d,x)177Lu) reaction have been measured using a natural Yb (natYb) sample but not an enriched 176Yb sample. Hence, radionuclide purity of 177Lu radionuclide is low because of many impurity radionuclides of Lu arising from seven stable isotopes, 168Yb-176Yb, present in natYb. Even with the use of highly enriched samples, no radionuclide sample is 100% pure and all contain some impurity radionuclides resulting from the production process by nuclear reactions.

(written by Yasuki Nagai on behalf of all authors)