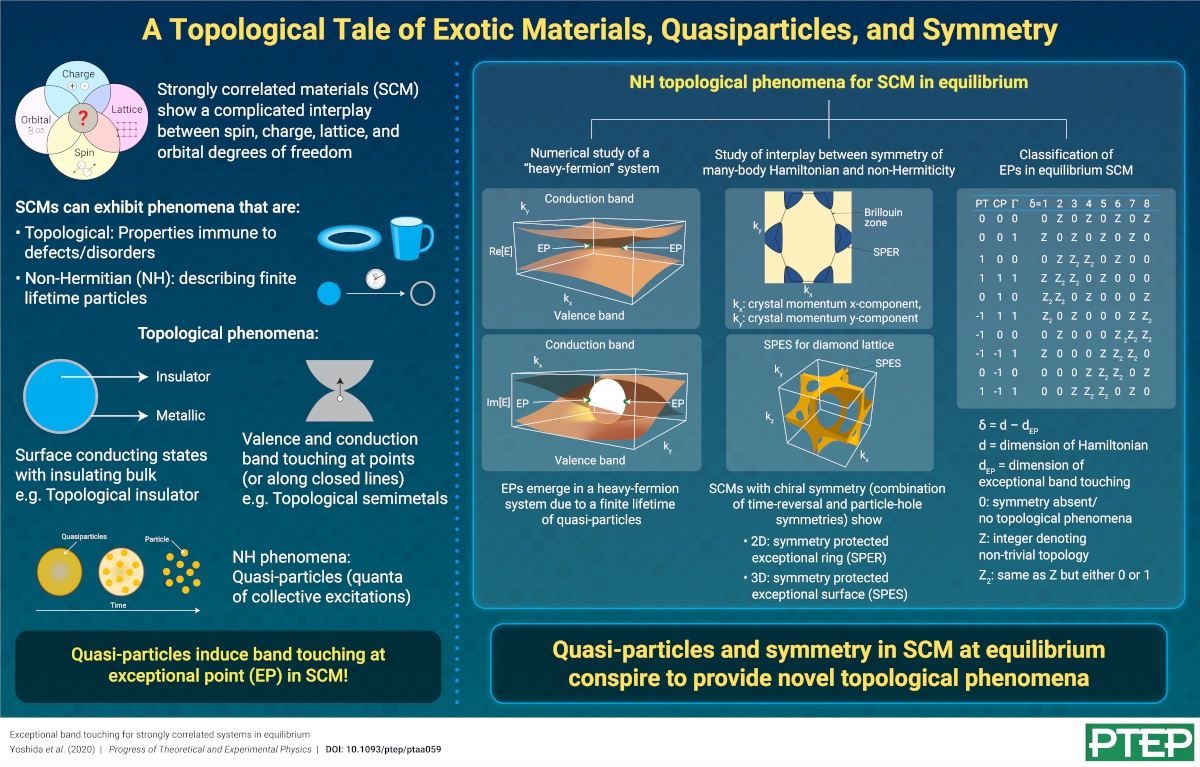 Following the discovery of topological matter—or materials characterized by boundary conduction properties that are “topologically protected” (immune to continuous deformations or defects)—there has been a renewed interest in strongly correlated systems—many-body systems showing a complicated interplay between spin, charge, lattice, and orbital degrees of freedom—and their properties, from a topological perspective.

In addition to boundary conduction, topological semi-metals are known to exhibit “topologically protected band touching” in which the valence and conduction bands touch each other at discrete points or along closed loops.

Thus, in this paper, we take stock of the recent advances in non-Hermitian correlated systems in equilibrium, focusing on exceptional band touching in heavy-fermion systems (materials where the effective mass of the quasiparticles is much heavier than free electrons) and correlated systems with chiral symmetry, i.e., systems with the combined symmetry of time-reversal and particle-hole symmetries (electrons and holes feel the same interaction).

Our study shows that non-Hermitian properties, typically expected in non-equilibrium systems, can arise even under equilibrium for strongly correlated systems. Moreover, the richer topological physics provided by non-Hermiticity could help solve some of the standing puzzles in condensed matter physics, such as the pseudo-gap of cuprate superconductors and the unusual quantum oscillations in samarium hexaboride (SmB6).