Department of Applied Physics, the University of Tokyo

Theoretical investigations have unearthed a plethora of electronic nematic orderings driven by the spatial distribution of atomic-scale electric quadrupoles.

Electrons in solids have various degrees of freedom, such as charge, spin, and orbital, which are a source of fascinating electronic orderings in condensed matter physics. Atomic-scale multipoles have been introduced to provide a unified description of the mutual interplay between these degrees of freedom for electrons [1,2]. The concept of atomic-scale multipoles has been applied primarily to f-electron compounds, which exhibit many unconventional phase transitions. Among them, Pr-based compounds demonstrate multiple exotic phenomena associated with electronic multipoles, such as non-Fermi liquids, unconventional phase transitions, and superconductivity [3]. The key factor underlying these phenomena is the non-Kramers ground-state doublet (Γ3 non-Kramers doublet) for which the magnetic dipole is not activated; indeed, the transition to conventional magnetic orderings is prohibited. In addition, two Γ3-type electric quadrupoles, namely O20 (3z2-r2) and O22 (x2-y2), are activated, which lead to unconventional multipole orderings that are not explained by simple charge and magnetic orderings.

Recently, Tsunetsugu et al. [4] showed a rich phase diagram consisting of the ferro- and antiferroelectric quadrupole orderings for Pr-based compounds. By analyzing a minimal model for an fcc lattice system [Fig. 1(a)] under the mean-field approximation, they obtained a variety of electric quadrupole orderings in the ground state [Fig. 1(b)]. The resultant quadrupole configurations are shown in Fig. 1(c). Interestingly, they also identified exotic partial orders of quadrupoles, which are denoted as zyox and zoxy, at finite temperatures, as shown in Fig. 1(d). These partial orders are characterized by the coexistence of the quadrupole order in the three-sublattice network and the disordered state in the remaining sublattice. Notably, they showed that the third-order term with respect to the ordered parameter in the free energy plays an important role in stabilizing the aforementioned partial quadrupole orders. This emergent third-order term in the free energy, which does not appear in the case of the conventional magnetic orderings, is characteristic of the electric quadrupole ordering. Meanwhile, this third-order term is relevant for the nematic phase in liquid crystals [5], which indicates that the obtained quadrupole orderings correspond to the nematic states of electronic origin. Their results are set to inspire future studies not only on relevant materials, such as PrMgNi4 [6], but also further exploration of multipole-induced exotic electronic orderings.

Fig. 1 (a) Fcc lattice. (b) Ground-state phase diagram in the plane of the isotropic interaction, J, and the anisotropic interaction, K, expressed in units of the energy difference, E1, between the Γ3 and Γ1 levels. (c) Schematics of the two- and four-sublattice quadrupole orderings. The yellow lines represent the symmetry axes 3z2-r2, 3x2-r2, and 3y2-r2. (d) Finite-temperature (T) phase diagram. [These figures have been taken from Figs. 1(a), 2(c), 3, and 5(d) of Ref. 4]. 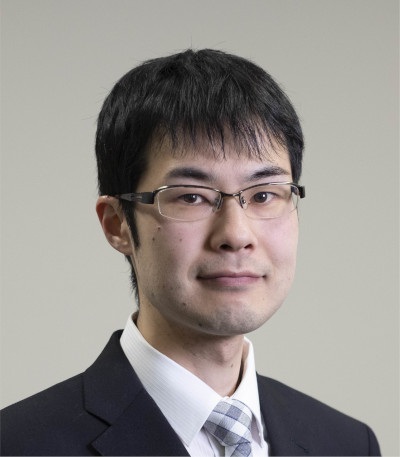 Department of Applied Physics, the University of Tokyo

Satoru Hayami obtained his Ph.D. from the University of Tokyo in 2014. He has completed posts as a research associate at Los Alamos National Laboratory in the United States (2015–2016) and as an assistant professor at Hokkaido University (2016–2019). Since 2019, he has been a lecturer at the Department of Applied Physics, University of Tokyo. His primary research interests lie in the electronic orderings in correlated systems, such as magnetic skyrmions and vortices in spin-charge coupled systems and electronic multipoles in spin–orbit coupled systems.