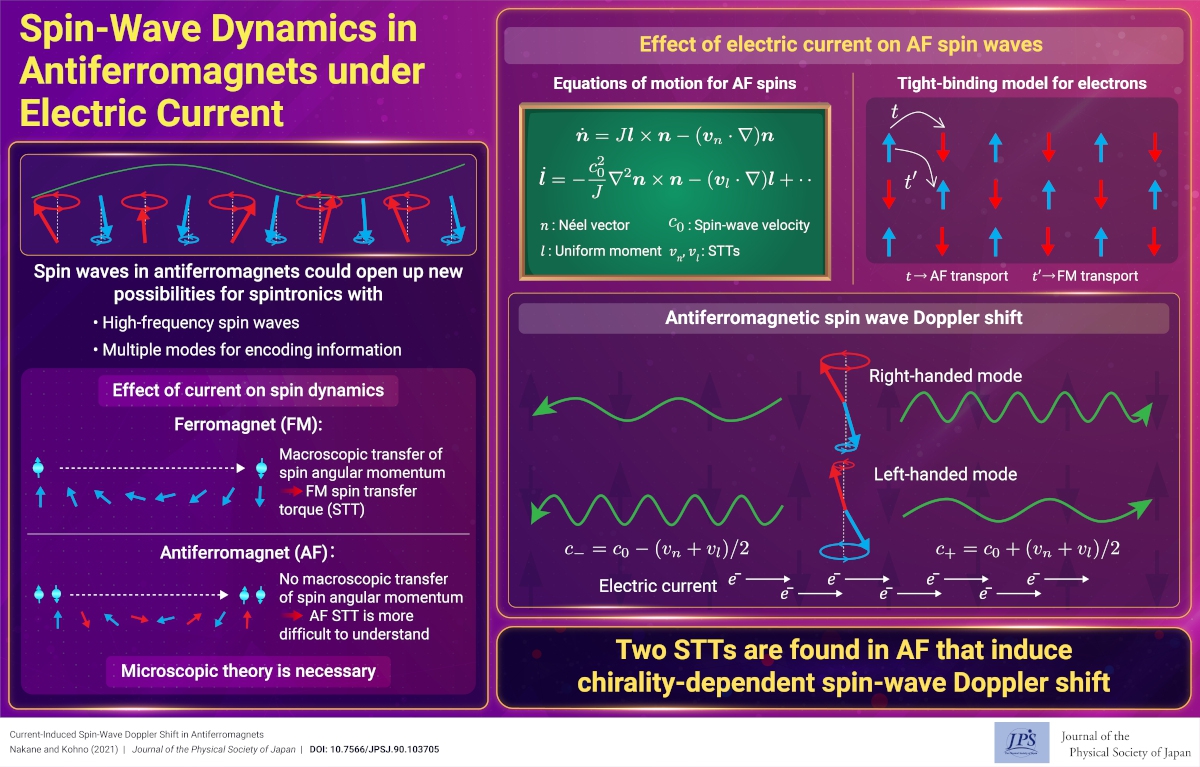 Investigating the effect of electric current on magnetic materials is crucial in spintronics. In ferromagnets, electric currents are known to drive domain-wall motion and cause a Doppler shift in the spin-wave spectrum. These phenomena, known as the spin-transfer effect, can be understood as the exchange of spin angular momentum between magnetization and conduction electrons. In antiferromagnets, neither the conduction electrons nor antiferromagnetic spins carry macroscopic spin angular momentum, and the spin-transfer effect is not intuitively understood, calling for a microscopic analysis.

(Written by J. Nakane on behalf of all authors)