A novel current-induced thermoelectric phenomenon, the nonlinear anomalous Ettingshausen effect, was discussed. As an example, the weak charge ordering state in an organic conductor α-(BEDT-TTF)2I3 was focused on. This effect generates a transverse heat current with rectifying characteristics, namely unidirectionality even under AC fields. 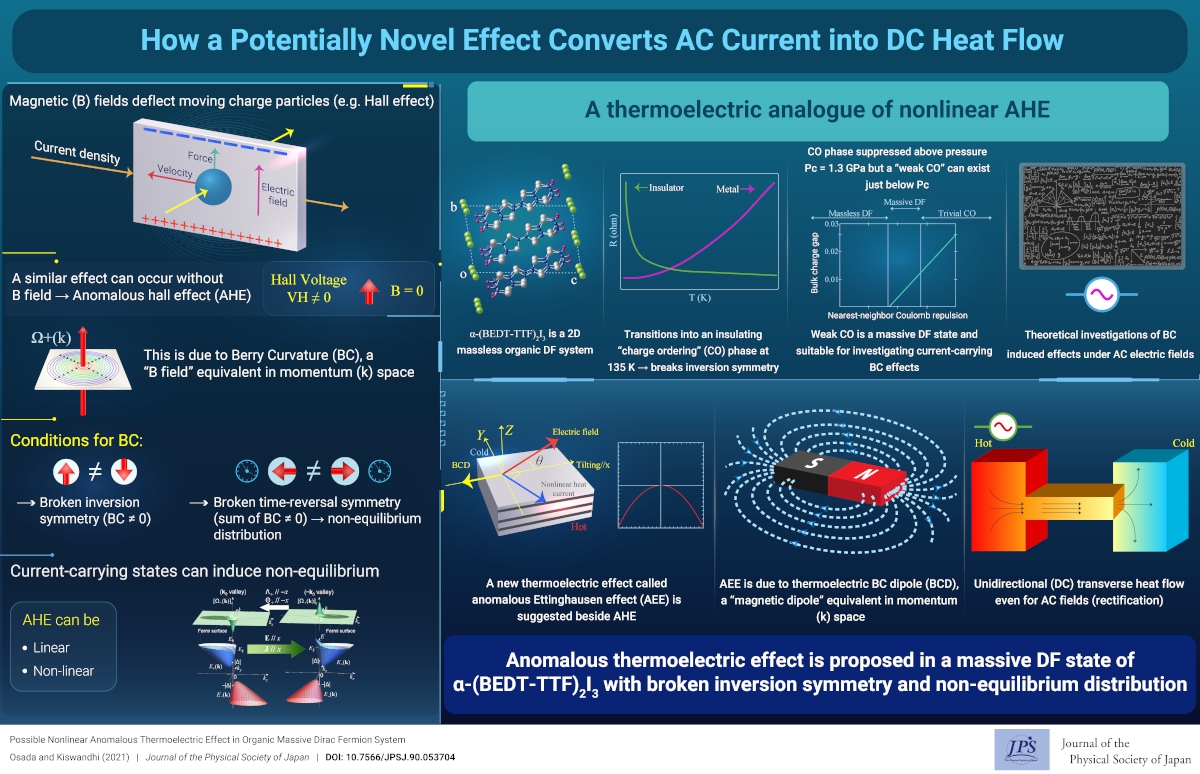